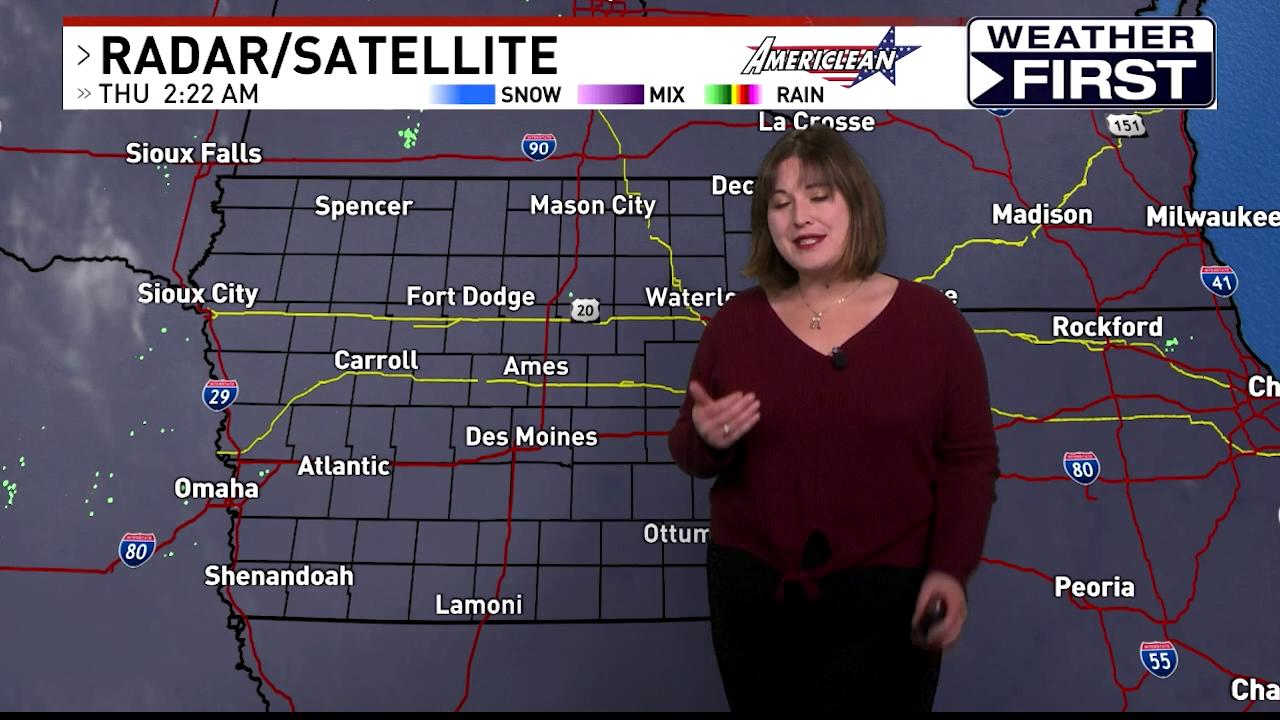 Skies clear tonight and temperatures will drop into the mid to upper 30s. Some areas of patchy frost will be possible in open, rural areas although the wind may keep it from being a widespread issue.

Happy homecoming, Hawkeye fans! You'll probably want a jacket or sweater if you're heading out to tailgate in the morning as temperatures start around 40 Saturday morning. There will be plenty of sunshine Saturday but temperatures will be held to the upper 50s to low 60s - beautiful fall football weather for the game! Temperatures also 20 degrees cooler than last week.

Temperatures will drop back into the upper 30s on Sunday morning and some areas of frost will be possible once again, especially north of Highway 30. We'll have plenty of sunshine throughout the day with temperatures in the upper 60s.

Temperatures will be above normal to start the week, around 70 Monday through Wednesday. Our next storm system arrives Wednesday and will bring the chance for a few showers and storms. Temperatures will cool down again for the end of the week with highs in the 50s likely Thursday and Friday.

©   | Portions are ©  Associated Press. All rights reserved. This material may not be published, broadcast, rewritten, or distributed.